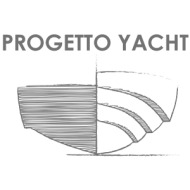 The Tuccoli Nautical Constructions were born in Livorno in the second post-war period by the will of its founder Ivano Tuccoli, a well-known city master of ax. Originally the activity focused on the construction of wooden goiters commissioned by the Nautical Institute; subsequently, in the early 1960s, the shipyard's production moved to rowing boats until it reached the mid-1970s, when Marco Tuccoli, son of Ivano, joined the company and later became a yard manager. until the end of the first decade of the 2000s. With the arrival of Marco, a new phase in the history of the Tuccoli opens with the design, implementation and construction of pilot boats and motorsailers. Starting from 1978 the boats are built in VTR and the activity focuses on the construction of gozzi and outboard lances A partire dal 1978 le imbarcazioni vengono costruite in VTR e l’attività si incentra sulla costruzione di gozzi e lance fuoribordo.